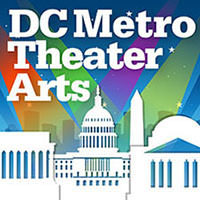 Luke Frazier, American Pops Orchestra founder and Music Director, kicked off the Orchestra’s third season with a delightful concert featuring acclaimed jazz legend, Marilyn Maye. Maye was backed by a trio — Tedd Firth, piano, Greg Watkins, bass, and Jeremy Yaddaw, drums — who clearly were enjoying Maye both professionally and personally. Not only is she one of the finest interpreters of the Great American Songbook, she has a warmth and natural wit that charmed the audience from the start.

Maye’s song selection was eclectic and ingenious, sampling standards from across the 20th century, including modern standards from Carole King and James Taylor. She opened with the terrific meet-and-greet song, “It’s a Most Unusual Day,” and when she came to the verse “And if I want to sing, throw my heart in the ring,” she had the room in the palm of her hand.

She followed with a “rainbow” song cycle starting with the universally known “Over the Rainbow” from The Wizard of Oz, then the lesser known “Look to the Rainbow” (Finian’s Rainbow), and then to the relatively obscure musical Fitzwilly, “Make Me Rainbows.” Then, with a twinkle in her eye, she questioned, “Why are there so many songs about rainbows and what’s on the other side?” It’s a Muppet thing. Everyone knows “Rainbow Connection.”

Maye segued into a Cole Porter tribute, both fun and sparkling.

My favorites of the afternoon were the paired “marital affair” songs, first from the perspective of the wronged wife, “Guess Who I Saw Today,” and then from the mistress, “Fifty Percent.” Maye has a heart as deep as a river and acts these songs to perfection.

I will cherish the opportunity to hear Maye live forever. I’ve listened dozens of times since last Sunday to the song that earned her a place in a landmark Smithsonian recording. What a great lady of American music!

“Just One of Those Things” (Cole Porter)

“I’ve Got You Under My Skin” (Cole Porter)

Running time: 60 minutes, with no intermission.